A Western Washington University graduate with degrees in physics and math, Bob was hired as a research physicist for the Navy in their undersea research center. For those that have read Tom Clancy’s Hunt for Red October, or have seen it on the big screen, you saw one of the highly classified projects Bob helped develop. The Navy’s torpedo decoy device explained in some detail in Clancy’s book and played a notable roll in the movie.  This was just one of the projects on which Bob lent his talents and ingenuity. (He probably can’t tell us about the other projects.)

Bob later went on to add a Master’s degree in Electronic Engineering from UCLA.  Upon returning home he went to work for his father at Brim Tractor.  When a tractor was lost, Bob began writing software to control inventory for the dealership. To get access to a computer, he would often work through the night at Western Washington University, a time when no one else was on the servers.

Ford Tractor was so impressed with the work Bob had done for Brim Tractor, they decided to endorse the computer system for all of their dealerships. This was the beginning of not just a new company but a new industry, in-house dealership computer systems. In January of 1980, Dealer Information Systems Corporation (DIS), Bob’s brain child, was born.

We could spend time talking about Bob’s making it on the INC Magazine 500 fastest growing companies, not just once but three years. Or we could talk about getting numerous major national accounts or how many customers DIS has served. Over the past 34 years, the accomplishments of DIS are many. These successes are undeniably linked with Bob’s will to succeed and his drive for perfection.

But the success means little unless there is substance behind the leader. We would not be the company we are today if Bob did not insist on the character and integrity with which we work as a company. From the very beginning, Bob created a culture that makes each of us proud to come to work every day. Proud to say we work for DIS.

All the staff at DIS thank him for all he has done and we will continue to follow his principles of Customer Relationship, Industry Leadership, and Employee Relations.  Bob set those ideals in place 34 years ago and they still define our company today.  We wish him all the best as he continues his dreams, going on adventures to explore the world.  We just can’t wait to see where his next journey will lead! 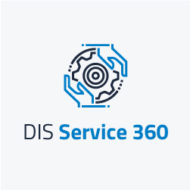 DIS Announces Service 360, a Suite of Service Productivity Tools to Set Dealers Up for Success in Today’s Market 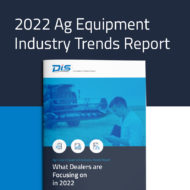 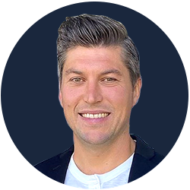