We Understand Your Business

Seamlessly Manage Every Aspect of Your Dealership

You know what’s tough? Running a dealership. That’s why we built software that puts all your departments, products and activities in one place, allowing you to get a firm grip on all your operations and maximize your profitability.

For many of us, working with dealers isn’t just a job – it’s a calling. That’s why we have an average employee tenure of 10+ years across our Sales, Support, PSG, and Product teams. Many of our customers have been with us for even longer.

We’ve experienced the transition of generations of families within their business, and they’ve seen our team grow and change over the years as well.

How We Help Dealers

We know you have important things to do, so why deal with many vendors when you can deal with one full-service company? From software, hardware and network management, we’ve got you covered every step of the way.

Equip Your Departments with the Right Tools

We offer a suite of tools to help your dealership streamline and manage all processes, ensuring efficient operations with minimal involvement from you.

Get the Hardware You Need

In addition to the software, we provide servers, printers, PCs, firewalls, Internet Security, VPN and everything else you need to run your business. Need someone to set it all up for you? No problem – we do that too!

Connect with Your Equipment Manufacturers

We’ve partnered with more than 20 manufacturers to enable your customers to interface directly with the equipment lines they carry.

Be Part of the Development Process

Your feedback is what helps us do better. We’re here to listen and use our customers’ input to drive our software and services forward.

Select Between Cloud Hosting or On-Premise

To help you host the software, we setup and manage cloud hosting. As an alternative, we also supply and install on-site system servers along with all the necessary supporting hardware.

To help you reap the benefits of your business system, we deliver a variety of training options – on-site, online and one-on-one – along with instructional tutorials.

Shane’s background is in finance and accounting, having spent over four years with Ernst & Young. His career at DIS started with the role of Financial Analyst, working to financially integrate DIS post-acquisition. Soon after, he was promoted to Director of Finance for the Dealership Software Group (which included DIS) for all of North America. That role led him to the position of Operations Manager at DIS.

As Operations Manager at DIS, Shane implemented many key best practices that have led to better use of data in strategic decision making along with streamlining back-office processes. It’s with that same data-driven approach that Shane approaches the direction of DIS in his role as General Manager.

When not working, Shane’s greatest joy is his family. He keeps his own hobby beef farm with my wife, son, and twin girls and hopes to instill in them the same values and work ethic.

Greg joined DIS in 2022 as the Director of Customer Services.  Greg holds a BA in Political Science from the University of Washington and is based in the Seattle area.   Early in Greg’s career with Amazon, he embraced Operational Excellence, Lean and Six Sigma and held leadership roles in Fulfillment Operations and Customer Service.  He then served as the Senior Director for Microsoft’s Customer Success organization, before holding several global leadership roles in Customer Support, eCommerce, and Digitalization over 10+ years with Terex Corporation.

Prior to joining DIS, Greg served as the Vice President of Support and Business Operations for Bonanza, a global eCommerce marketplace.  While there, he reconnected and reestablished the customer voice as the “North Star” guiding the business – resulting in Customer delight scores that achieved #2 overall in the eCommerce marketplace industry.  Greg is passionate about having the same impact with DIS – by improving the support offerings and experience along with amplifying the voice of the customer.

Director of Implementation and Services

Tracy graduated from Central Washington University in 1997 with a degree in Accounting. She was hired immediately after at DIS as an installer during their Y2K push. During her tenure at DIS, Tracy has worked as an installer, a trainer and a response line representative.

For several years, she worked at a New Holland Dealership before returning to DIS to share her first-hand dealership expertise. Currently, Tracy oversees the implementation and training of new products and services.

When not working, she loves to travel, spend time with her family, read, cross stitch and paper craft.

Raginee is a results-driven Marketing Manager whose goal is to ensure that the products and services DIS  offers have the best chance to thrive in their target market. With a focus on customer engagement, demand generation, product marketing, and branding, Raginee aims to bring the DIS story to life by working with both internal and external stakeholders.

Before DIS, Raginee worked at a SAAS company for the legal industry, as well as a fortune 500 engineering company.

Tammy serves as the Director of Business Operations for IDS. She joined the company in 2019 as a finance professional and during her time, has identified areas for process improvement and efficiency opportunities. Her focus is on helping the IDS team achieve operational excellence by implementing best practices and streamlining strategic business objectives.
Prior to joining IDS, Tammy spent 19 years with ClubCorp, the world’s largest owner of private golf and country clubs, in various progressive finance and accounting roles. A commitment to superior customer service has been a cornerstone throughout her career, and she continues to prioritize service excellence for both internal and external customers.
A graduate of the University of Texas at Austin, Tammy loves football, live music, and great restaurants. She currently lives in Wake Forest, NC with her husband, two dogs, and three cats.

Lloyd has been working with dealers and their software needs for more than twenty-five years. After graduating with a Bachelor of Commerce degree, he worked with an Automotive Aftermarket software company then joined ADP Dealer Services in the mid-‘90s. He advanced through various Sales positions and became a Director of Sales in 2000.  Further promotions led him to the position of Vice-President, General Manager of the Heavy Equipment division of what was then CDK Global in 2015.

With additional years of experience consulting in the Heavy Equipment software market, he brings in-depth knowledge of dealers’ needs to the DIS team. Lloyd has always believed in benefits-driven changes to dealership processes.

Celebrating More Than 40 Years of DIS

DIS Corporation was born as a result of tractor lost by Brim Tractor Dealership. Bob Brim decided to write software to automate business processes and it turned out to be a success. Brim Tractor starts to sell their software.

DIS sells 85 systems in one month and is recognized as #118 in Inc, Magazine’s list of “500 Fastest-Growing Companies.” Case acquires the farm equipment division of International Harvester, requiring all dealers to install a computer system and endorsing DIS as its approved vendor.

AGCO selects DIS as one of only three preferred vendors for dealer computer systems.

Ford Motor Company selects DIS as one of four “Preferred Providers” for its Canada dealers.

DIS sells the auto dealership business to its Toronto staff to focus on its core customers – farm, construction and material-handling dealers.

DIS acquires the Business Manager system, adding 180 AGCO dealers to its customer base.

Discover what DIS software can do for your dealership

Specifically Designed for Your Industry:

A digital movement is happening in
the farm equipment dealer industry.

What does this mean for dealers in 2023? 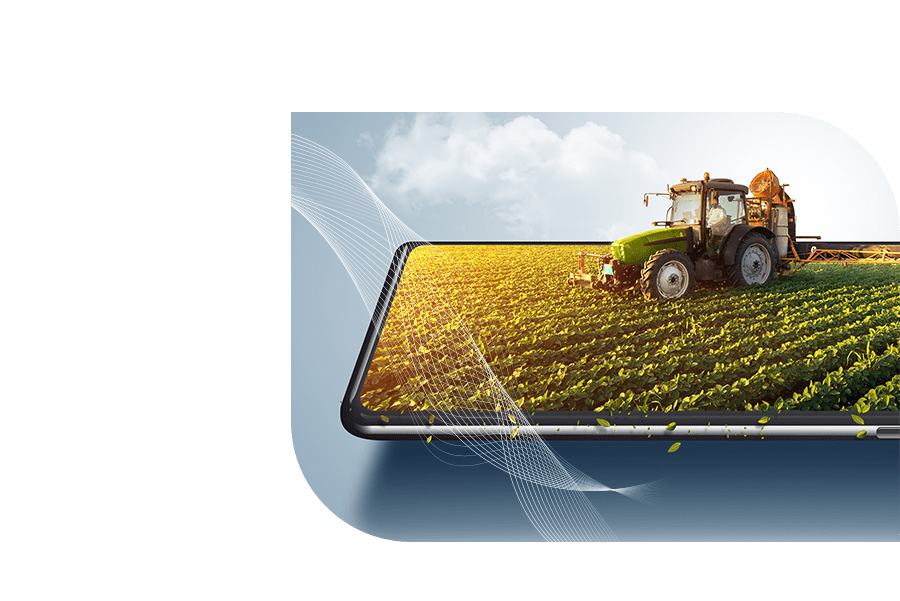 Find out in the 2023 Agriculture Equipment Industry Trends Report

Get the FREE Report!